About My Game Reviews 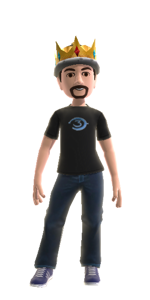 And then, sometime in late 2001, Microsoft released the Xbox. I didn't get one right away. But when I did get one, it changed everything, and PC games were a thing of the past. Nowadays I'm playing video games on my Xbox One - a big step up from the old console.

So after playing all these games, I've decided it was time I voiced my opinion. I've played some really great games. And I've played some absolute stinkers. I'm gonna post my thoughts here. You may not always agree with what I have to say, but I guarantee I'll be honest, and un-biased (I have no sponsors giving me free games in return for glowing reviews).

Use the navigation on the left to browse the various games I've played. Who knows,... maybe something I've said will save you from renting that horrible game? Or maybe you'll actually discover something really worth playing.

Below is a list of the games I want to play but haven’t yet. In some cases, the game hasn’t even been released yet.